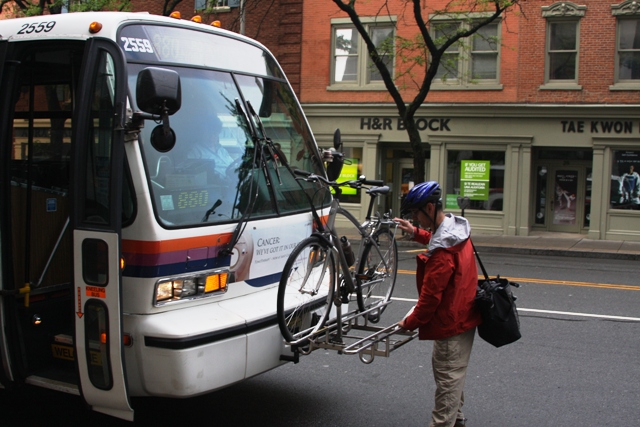 In working with commuters, TransOptions aims to improve air quality and the overall quality of life through reduced traffic congestion and stress.

As a commuter, you can find mass transit schedules, incentives for sharing a ride, park and ride data, information about our TrafAlert notification system and Emergency Ride Home service and helpful tips and more on making your commute by bike.

The Myth of a City CommuteThere is a common misconception about commutes in our service area. It is often assumed that most eastbound commuters are headed into New York City, either by car, train or bus. In reality, only a small percentage of commuters from Morris, Sussex and Warren end their commute in Manhattan. Most work in eastern Morris County, Essex County or further north in Bergen County.

In Sussex County, a little over 29,000 work within the county, roughly 20,000 commute to Morris, and fewer than 2,000 residents commute into Manhattan (2.7 percent of commuters).